A brief overview on threats and pests is available succinctly on my general honey bee page. It is a nice read.

These are some of the pests my bees have had to deal with:

Ants will chew up the hive to retrieve its resources. 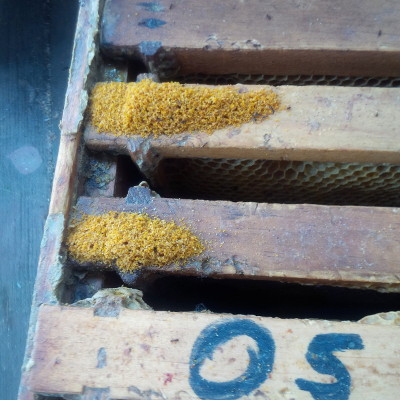 Ants are a minor bother for the bees. They behave similarly to bees in many ways. If they determine there are sweet things in the hive, and the bees don't properly put them off, they will march head-long into the hive and take the honey and pollen. But bees can easily thwart them—pulling them apart limb from limb, or just picking them up and flying them off the hive.

Ants are normally a problem in the Spring and Fall, when you might be feeding your colony sugar water. During this time, especially if your hive has been upset and they haven't plugged holes with propolis, ants can become dedicated to retrieving the sugar water, and spend immense resources in their attempts.

If I leave the feed on too long, or the bees aren't taking the feed in, I will find hundreds or thousands of ants alive or dead in the feeder. On a weak hive I will find them crawling all around their boxes.

Aethina tumida Murray, Small Hive Beetles, or "SHBs" are commonplace in the modern hive. Like most pests, they are not a serious threat to most hives—but they are more dangerous than most others. They will slowly build up in the hive, and without attention they can overwhelm a colony.

Shown here is a "jail" that the bees have constructed out of propolis to contain SHBs: 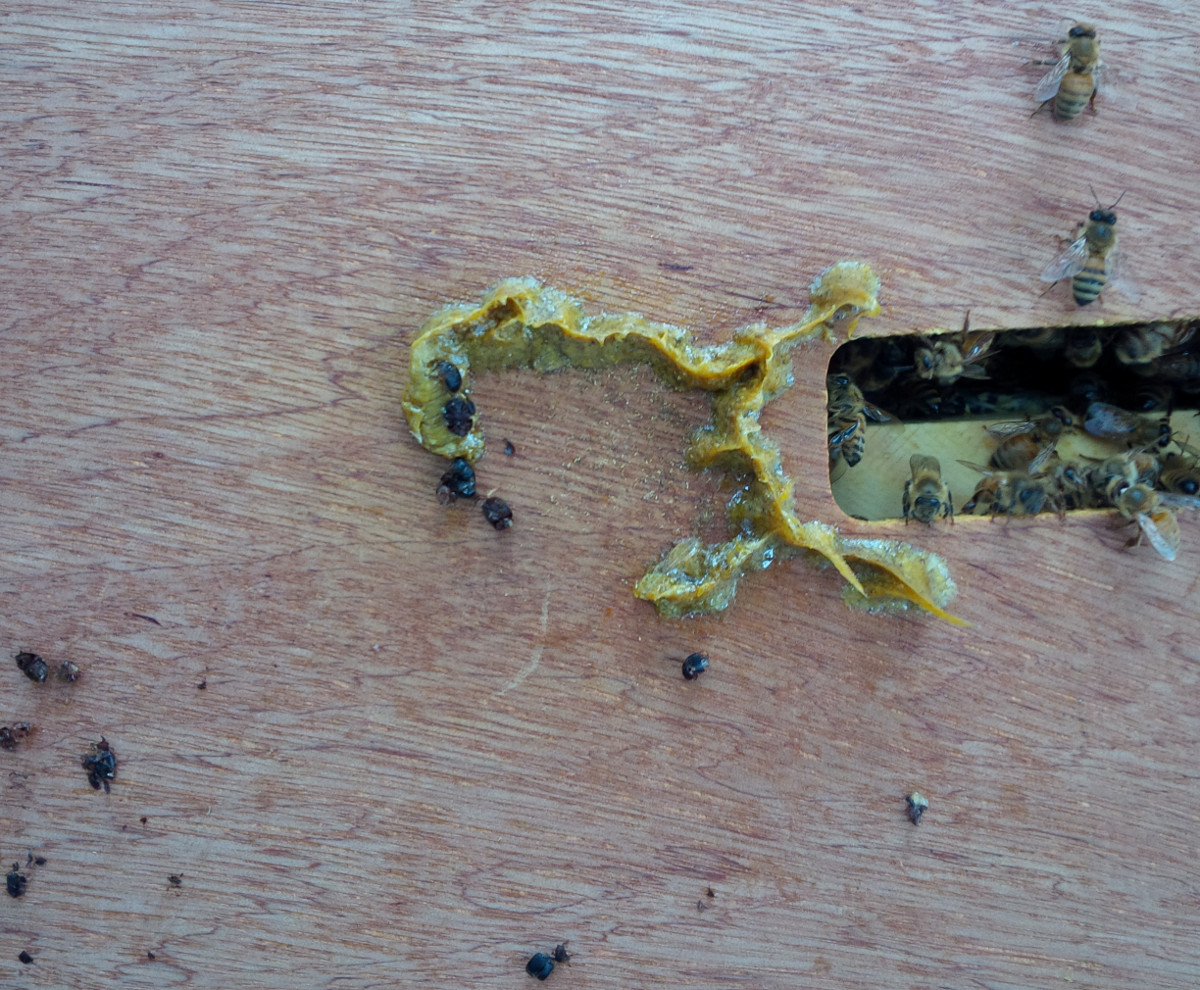 The jail was filled with a hundred SHBs when I opened the top cover, but this is a somewhat convenient situation for the beetles. 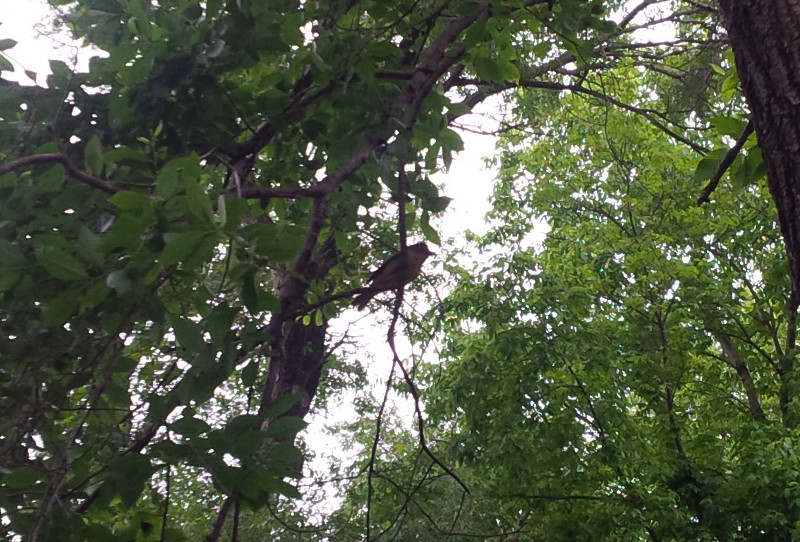 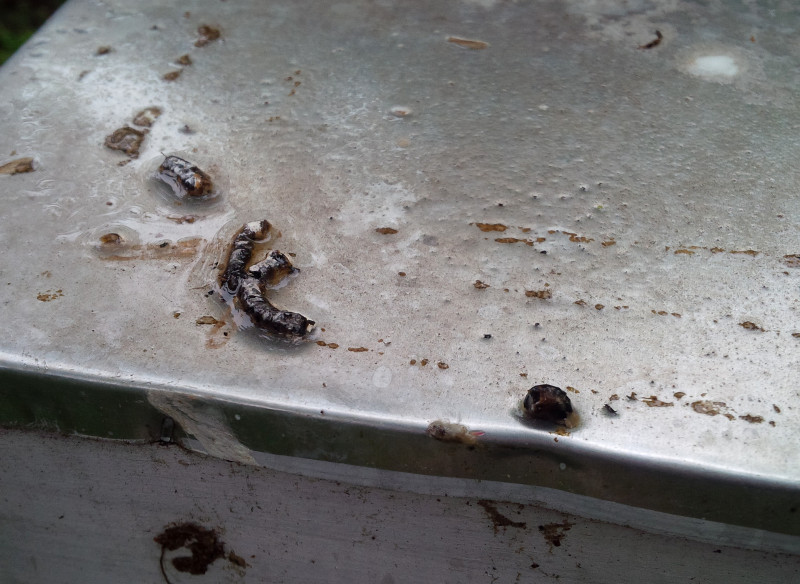 Some things I didn't know about Summer Tanagers:

While they should move on to other delicacies later in the year, I find them at my hives in the Spring, swooping in front of the hive as foragers leave for the day. They have a loud but pleasant chirp, and will bash the worker's head against a tree, before eating the body. They leave a bit of the abdomen with the stinger behind, and piles of poop. 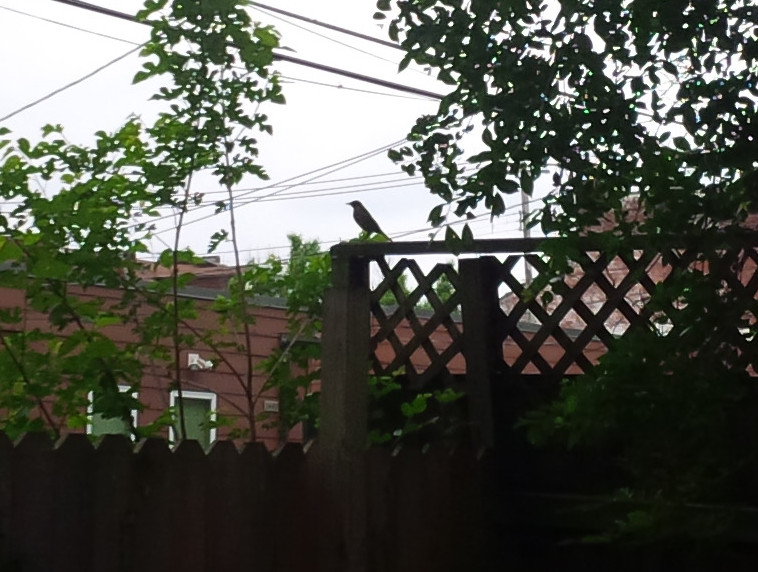 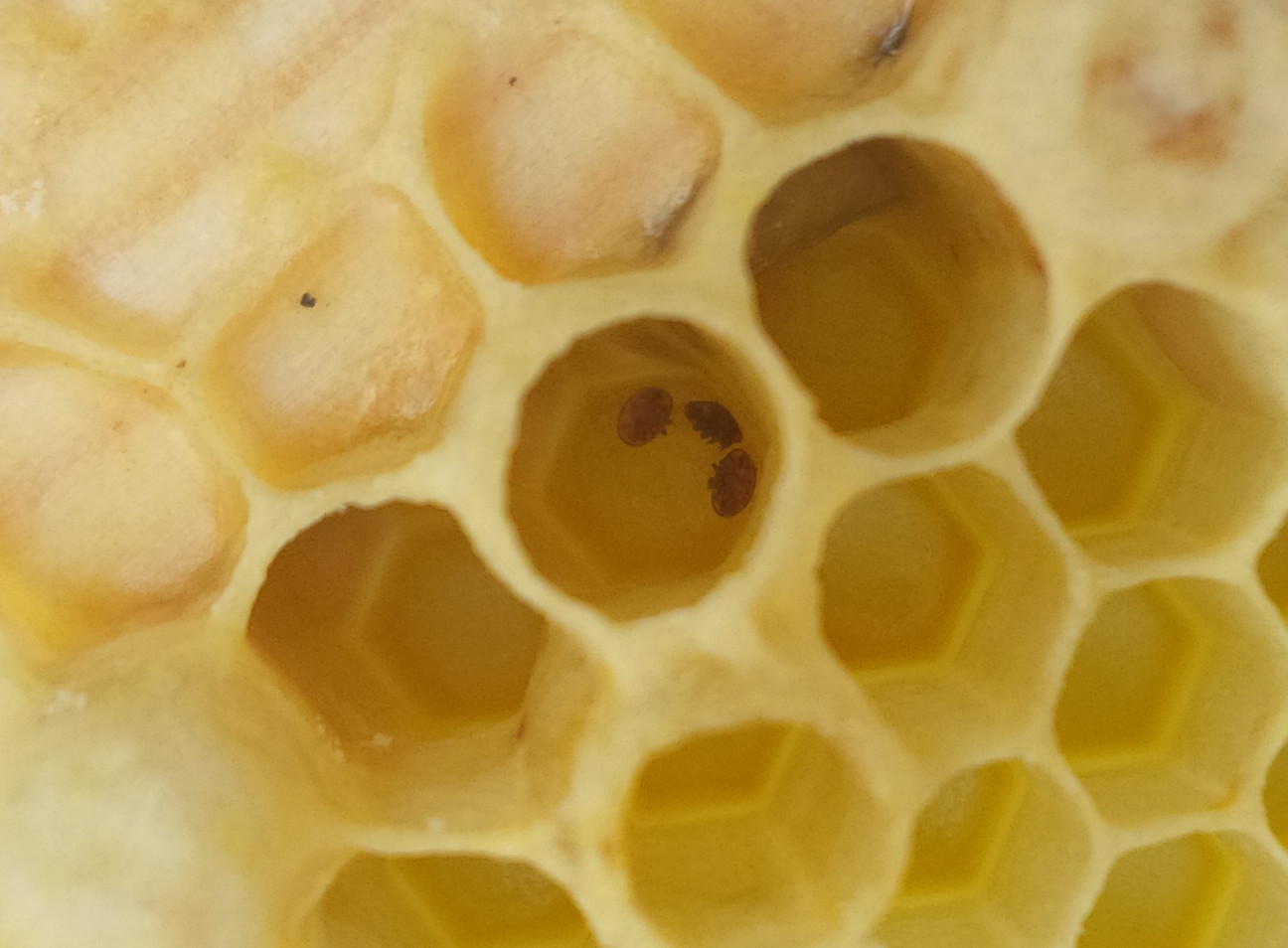 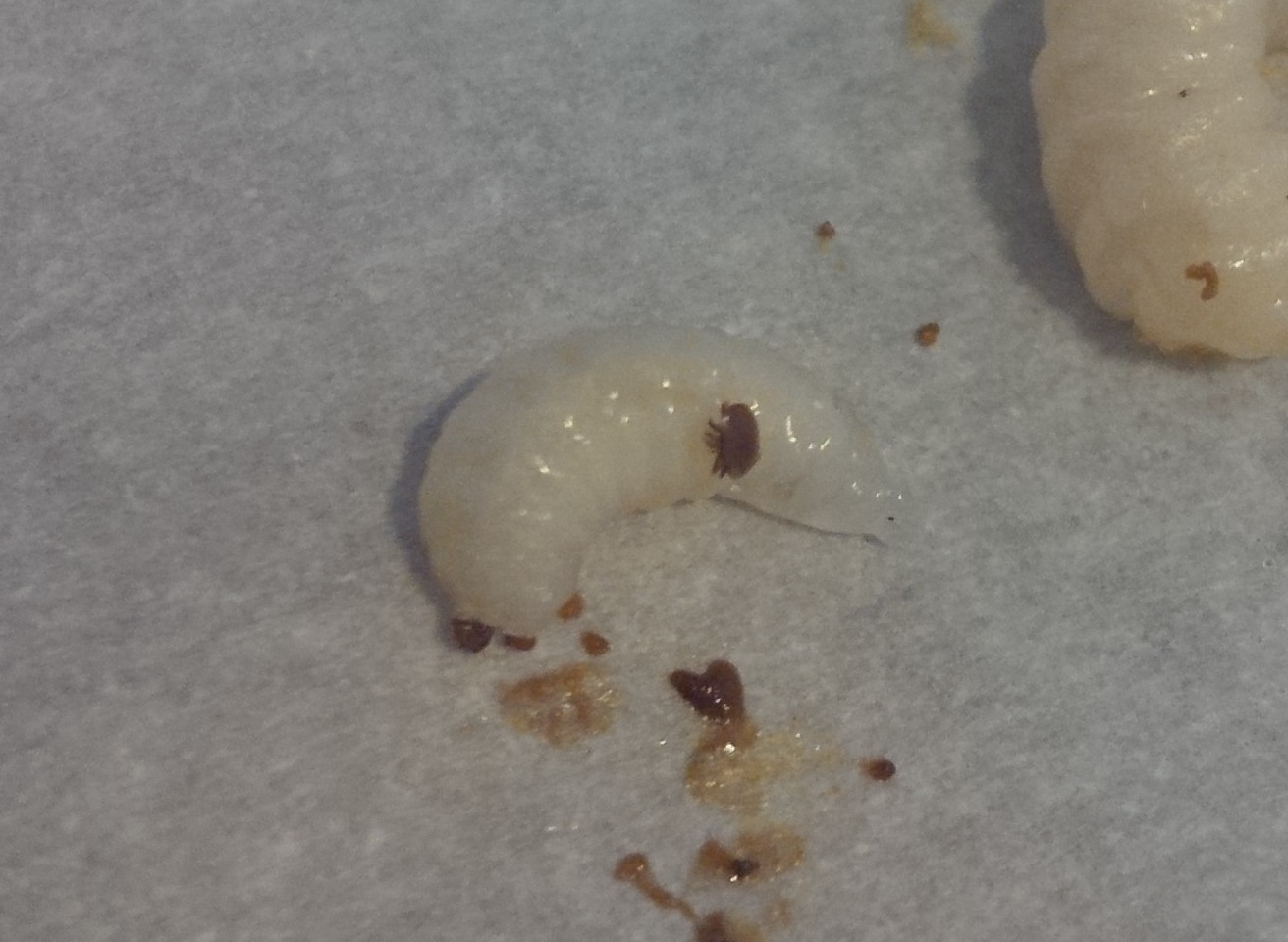 Varroa destructor is by far the most concerning pest, and the pest that should consume the most of the modern beekeeper's time. It can easily decimate a colony—especially a well-off colony! The mite is hard to detect and reproduces exponentially as the hive grows.

It should always be assumed that your colony has these mites in its population, if not being carried on your own bees, then robber bees. They will eventually have a foothold, and if not treated and monitored, will leave your colony vulnerable to viruses and weaken them before the winter.

Here you can see various bees during a Fall purging of the hive. A couple of them have Deformed Wing Virus caused by weakening from the mites. 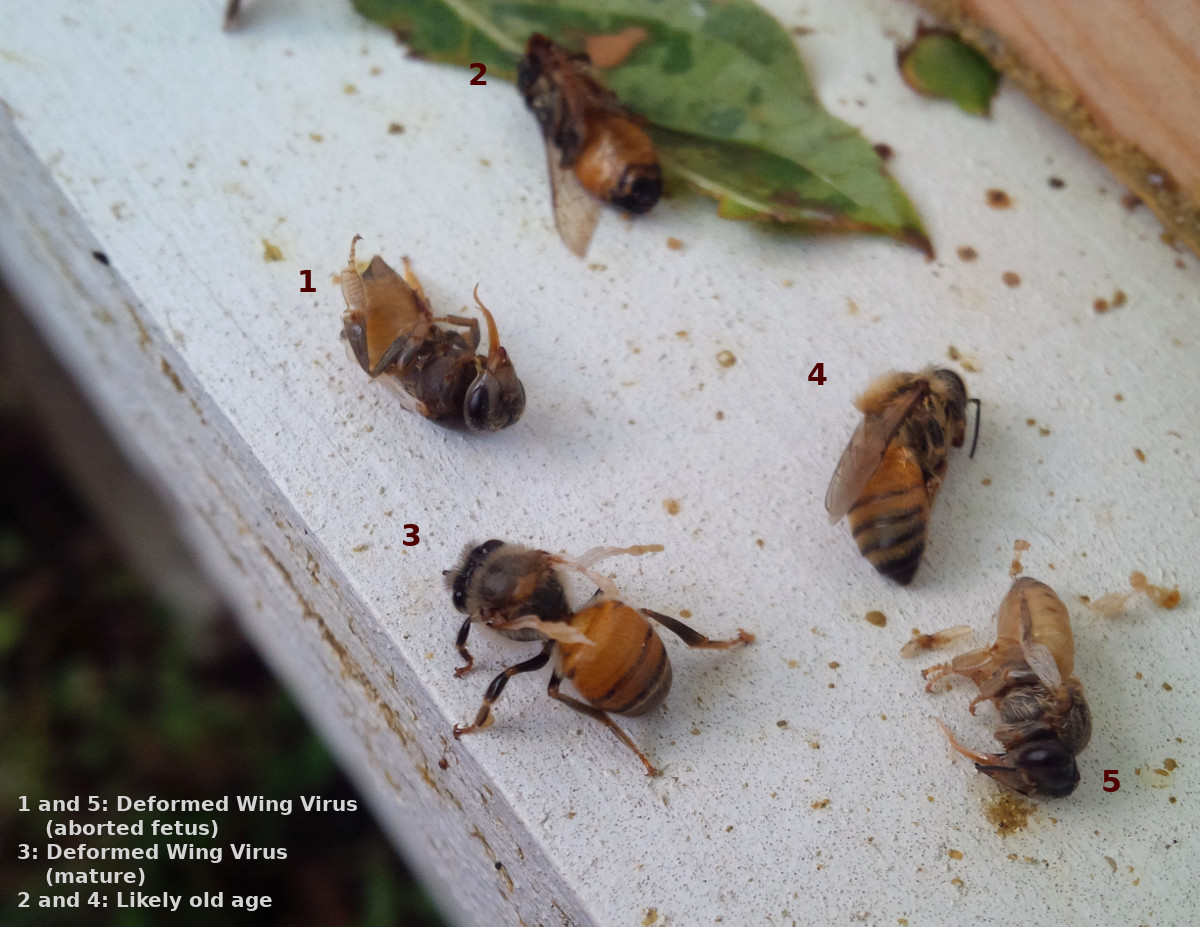 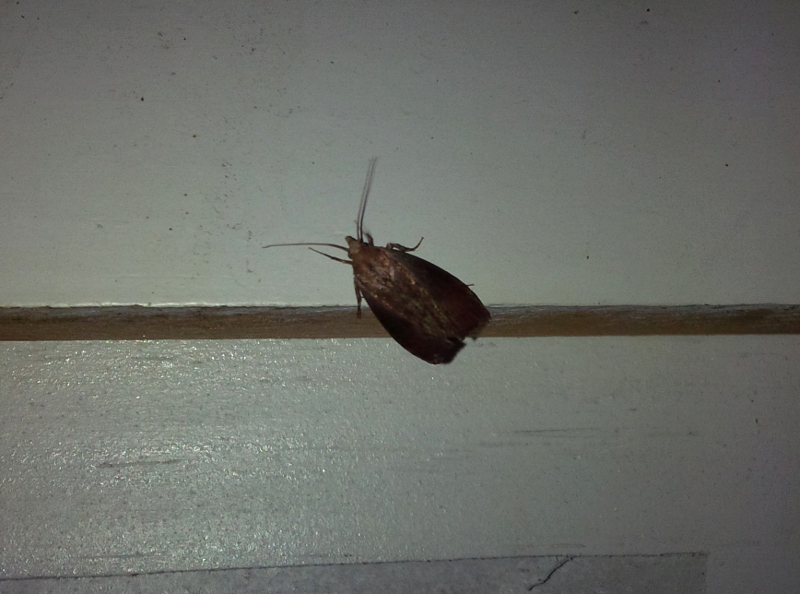 Wax moths are not a serious pest to a healthy hive; the bees will not put up with them at all. But a weak hive, or boxes that are in storage, are a perfect target for these little annoyances. They will make short work of the wax, eating it or making it unusable.

Like most pests, they make themselves hard to spot. A visual inspection of comb being put away for storage is not sufficient! They will more than likely manage to egg your comb, and you will find out a few months later that your frames are unusable.

It's always been recommended to me to freeze each frame for two days before storing them in bags, but I do not have freezer space to do that. There are chemical solutions, but I am unwilling to use them.

So sometimes I have to deal with this: 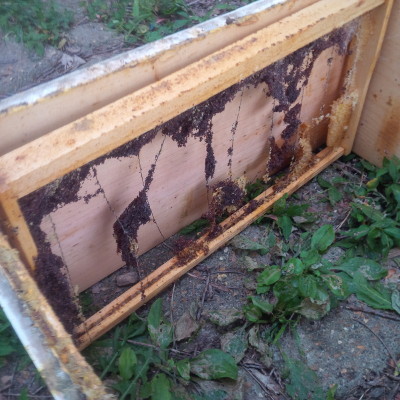 A spider would be a fool to enter a hive with any group of bees in it. They are not a direct threat. They might move in during the winter and cower in a corner, but catching a bee themselves would be extraordin—— 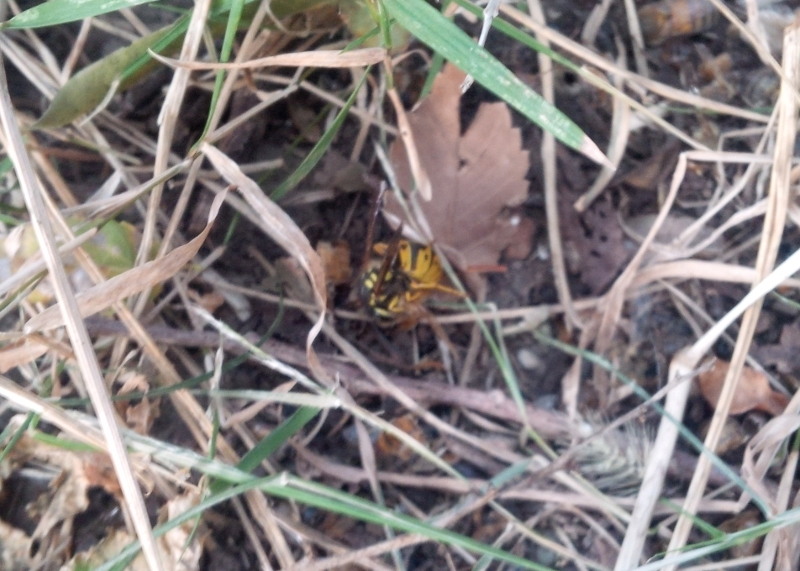 Yellow jackets and paper wasps are the wasp varieties I have had issues with. Yellow jackets in particular feed honey bees to their larvae. They prefer bee larvae, but they will take mature bees as well. They will "ball" the bee and process it on the spot, before flying the bee away to its nest.

Wasps are built to fight. They are larger and more angular than honey bees. They can turn and fly more quickly.

Wasps are active earlier in the day than honey bees are. As days turn cold in the Fall, bees will start to cluster in the hive until the Sun warms it. This is the same time of year that yellow jackets need meat for their larvae, and they will come early to the hive and steal larvae or attack bees, before the hive is warm and guarding its entrance.