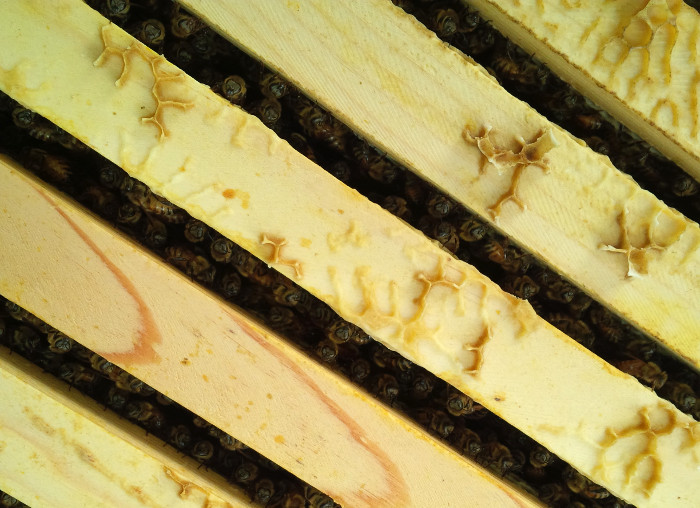 Bees like a certain amount of space in all the crevices of their hive. Bee space is what we call the space bees leave between their comb, for traversing and working in. It's set at a quarter to 3⁄8 inches.

There is plenty to talk about that little bit of space. If you leave more space in a hive for bees to live with, they will be very busy, they will not leave it alone. They will reorganize that space to fit them. And they like one quarter to 3⁄8 inches. 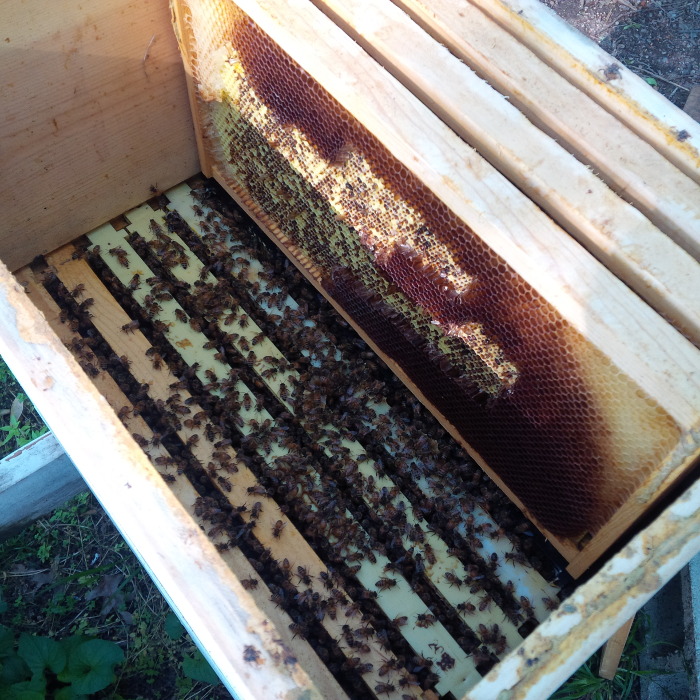 I was a lazy beekeeper (sic). I had a new colony, and intended to give them an extra box filled with new frames. But I hadn't expected them to move so quickly, and so hadn't ordered far enough ahead of time. So when I went to inspect, I gave them a couple frames of old honey, and three empty, dirty frames that had wax moth debris on them.

Less than a week later, they had built all of this comb in place. They took the path of least resistance to new comb to lay eggs in, which was to build their own frames and fill that giant space! 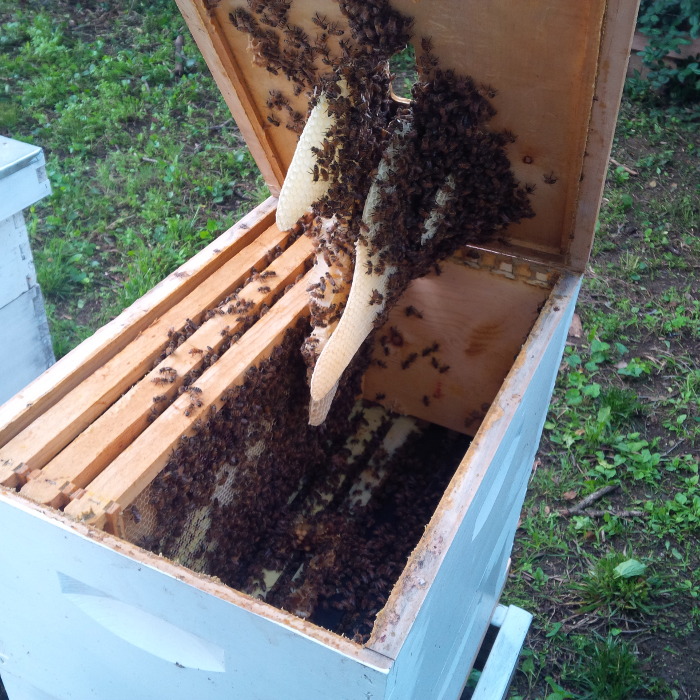 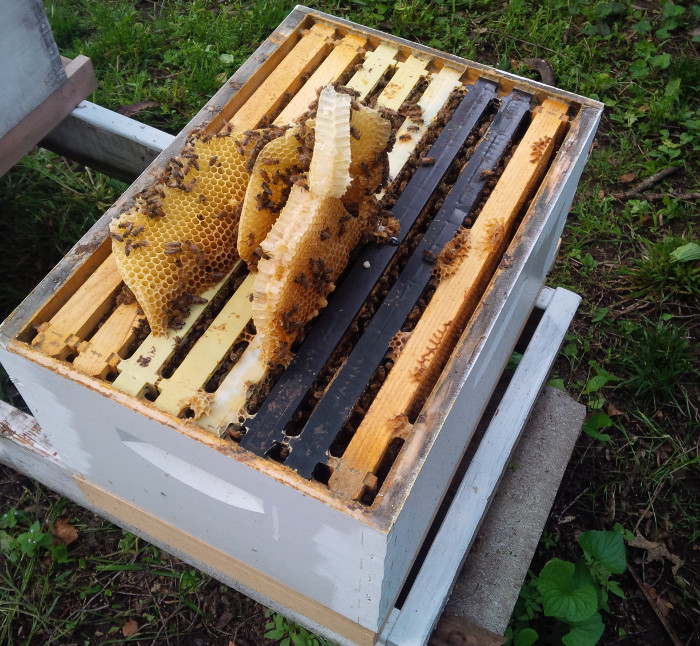 They did clean up the dirty comb – who would leave webbing and poop all over their living room for a week, after all? But they preferred their own frames, of course.

All that was left for me was to remove their guerilla combing and fill it in properly, so that I can service their hive in the future. 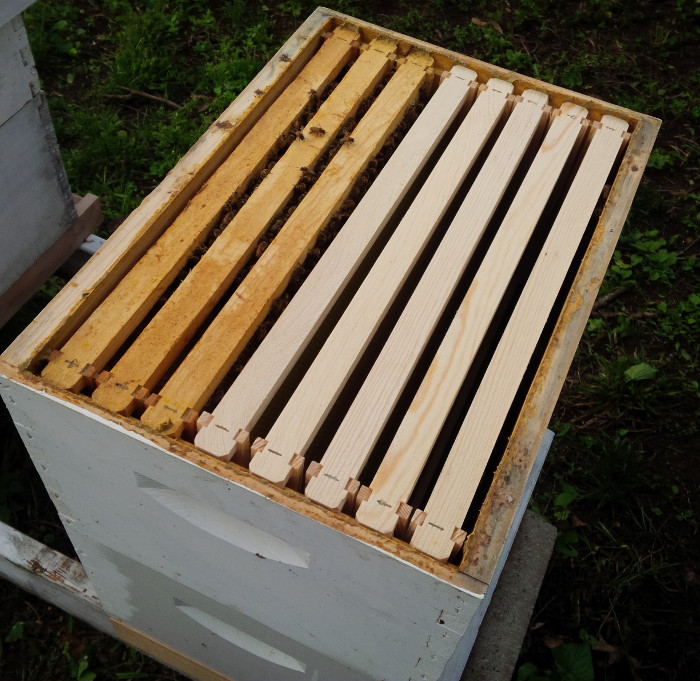